If you’ve got children (especially teenagers) then you well know that everyone likes a bit of privacy.  Some like to spread out in the basement, and have their own space to plug in, tune out and unwind.  Maybe your family just grew by a set of in-laws who moved in, or a recent college graduate who you thought was officially on their own only to return!

Any of these scenarios might have you contemplating a basement remodel.  You might even be finishing the basement as part of a new construction.  Either way, we’ve poked around and thought we’d share some of 2018’s top trends when it comes to basements.

Rewind a few years, and a basement remodel was basically done to add storage.  Maybe the remodel added on another bedroom (or pseudo-bedroom) or created a toy room or game room.  Today’s basements and lower levels are far more functional, featuring usable space that even adds value to a home in the process.  Here’s what is trending for this year:

In general, you have two options.  You can enclose a theater or media room, making almost a mini movie theater.  The other option is to have a more open TV space.  The open space is obviously more casual and more cost-effective.  It’s a good option if your kiddos are smaller and you don’t necessarily want them out of your sight when they’re watching TV!   A theater room is a great upgrade to a basement and can include everything from a HUGE projection screen to reclining seats, surround sound and custom lighting.  If theater’s not your thing, game rooms are also big!

For in-laws that visit often, or have become permanent fixtures in your home, an in-law suite might be a good investment.  At the basic level, you’d want to include a nice bedroom and on-suite bathroom.  Have the space and budget?  Include a kitchenette and even a reading nook or small study.  As our parents live longer and many choose to age in place, an in-law suite is a great optino for many families.

Open concept is exactly what it sounds like:  open spaces with very few walls separating living spaces.  Many homeowners choose to go open concept in the main living areas, and then continue that to the basement.  A plus for smaller basements is that you don’t lose valuable floor space by creating lots of walls.  You can maximize usable space while making a modern, open feel.   As an extension of this, many people choose to carry the same finishes through to the basement.  If they’ve gone with an espresso hardwood or glazed cabinetry upstairs, they carry that through to the basement.  The end result?  The basement feels like the rest of the house, not an afterthought.  Many choose to forego the basement door and just have an open staircase going down.

People have always been on board with using the basement to work out and store exercise equipment.  Some are even taking the gym concept a bit further and creating mini spas.  We’ve seen infrared saunas and shower areas installed expressly for use in the exercise area.  As with any areas, the sky is the limit when deciding how luxurious you want to go…and what the budget will allow!

We’ve seen lots of areas that are multi-purposed for busy families.  For example, an area with a large built-in counter could double as a craft room and a homework nook.  People like convertible spaces so they’re not “locked in” to having one thing in one place.  Convertible spaces are good for resale, as the space allows a potential buyer to envision her “stuff” there.

Smart homes and the gadgets within them are all the rage.  What are the “must have” smart home gadgets?

Noble Designs: The Wonders of Wallpaper!

In case you missed it, last month we announced our partnership with Sara Noble and the Noble Designs team! …

We are thrilled to announce our partnership with Sara Noble and the Noble Designs team!  Sara will be guest blogging for us each month on things like up-to-date design trends, design and more.
This Post Has 0 Comments 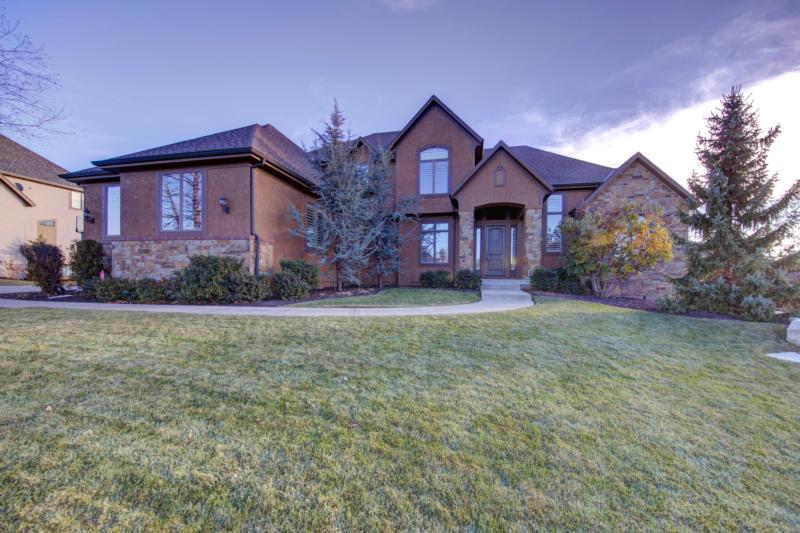 View all
Back To Top
×